The Cycle Show, the UK’s largest and longest-running cycling exhibition, returns this week, bringing together some of the biggest brands from across the industry alongside cycling’s past and present. Heading to London’s Alexandra Palace from 22-24th April, the Cycle Show will sit alongside the inaugural London eBike Festival this year with a hall dedicated to all things eBikes.


As usual, the Cycle Show brings together an impressive roster of star names from across the road, mountain biking, trials and track to speak to live audiences each day in the main theater. Former world road race champion and classics legend Tom Boonen headlines the line-up alongside last year’s Paris-Roubaix winner, Lizzie Deignan. 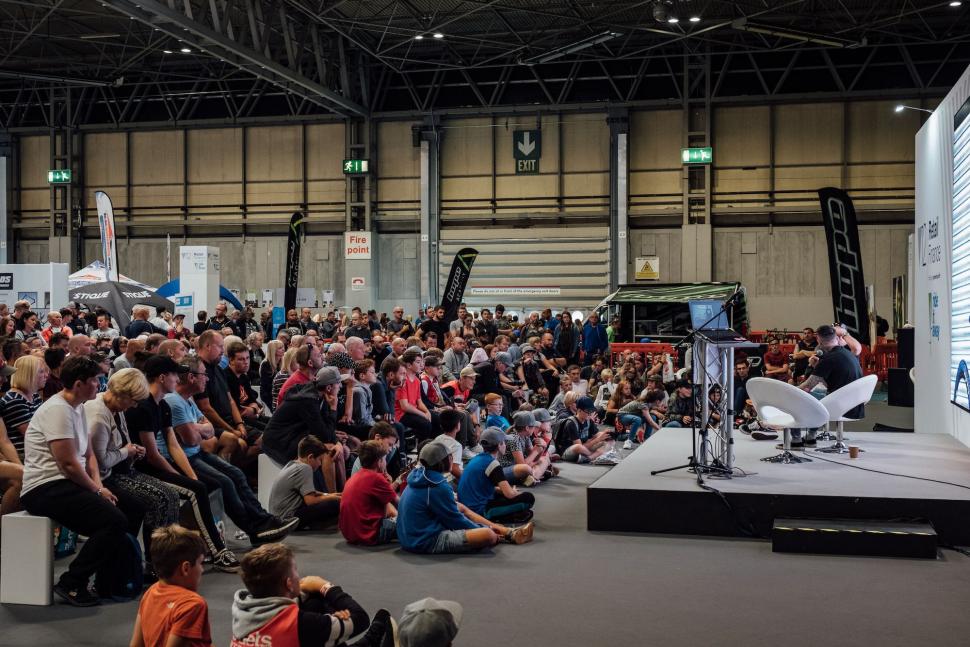 Mountain bike fans will be in the presence of greatness with Greg Minnaar also headlining, alongside The Athertons and current XC world champ Evie Richards too. 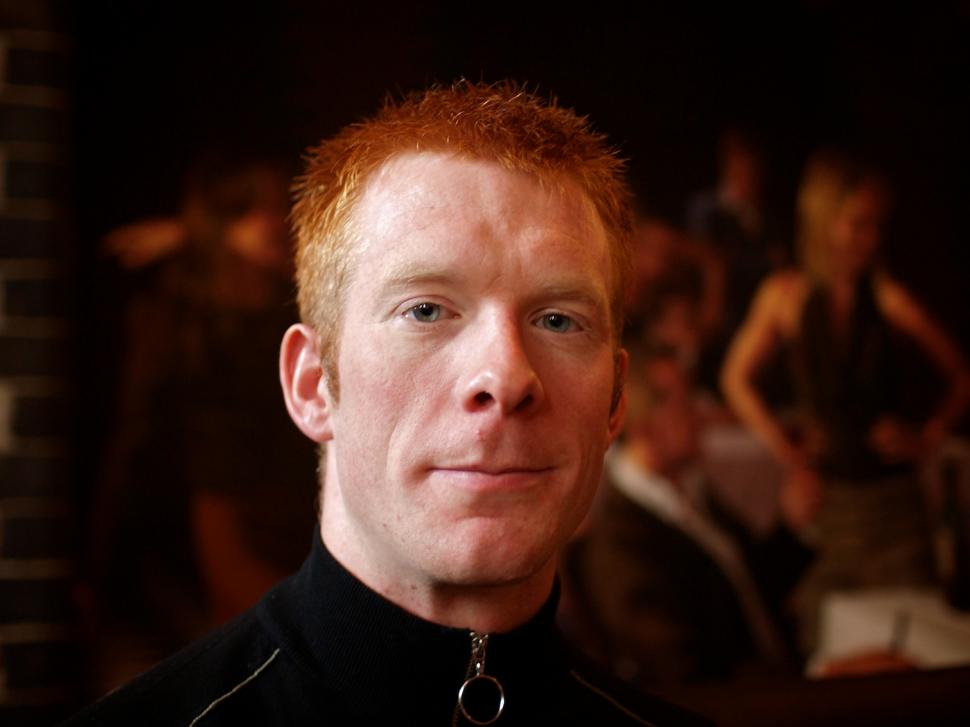 The event features an impressive list of brands that covers all disciplines of cycling. Leading bike brands heading to the show include Specialized, who will be showcasing their latest range of Turbo Active bikes; Cannondale, Canyon, Ribble, Vitus, Argon 18, BMC, Forme, Genesis, LIOS, Reilly Cycleworks and more.

Apparel and accessories brands will also be well represented. Altura will be present with their latest spring / summer range; Santini will be displaying their new Tour de France leaders’ jerseys, providing a fantastic opportunity to see these iconic tops up close; Stolen Goat will have their latest range of designs and kit on show too. 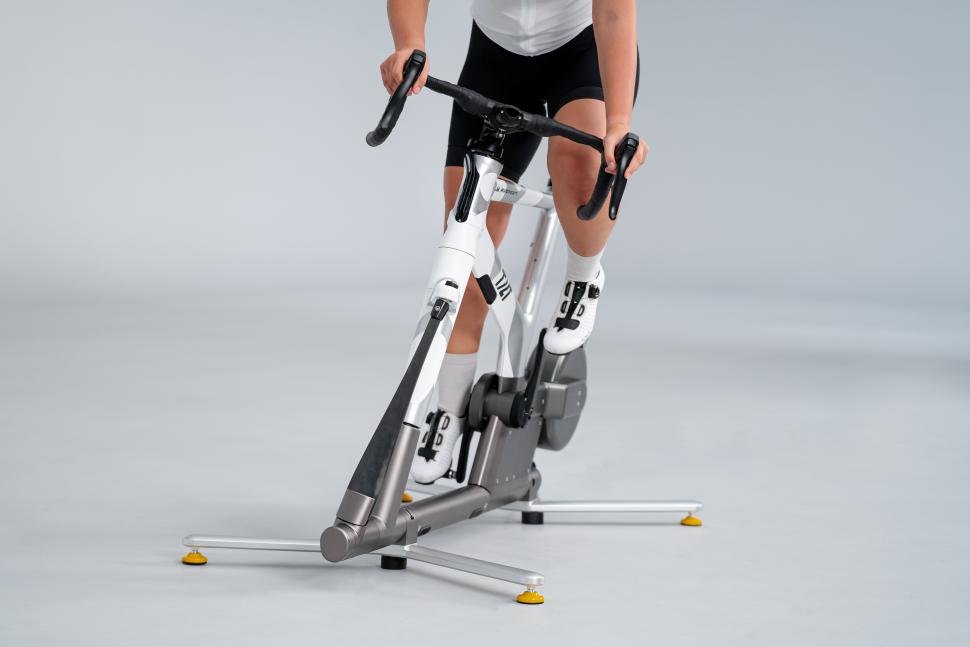 Jump on Muoverti’s latest TiltBikes prototypes, try on the latest eyewear and helmets from Koo and Kask, meet the team from Hunt and choose from this season’s wheels and many others too. 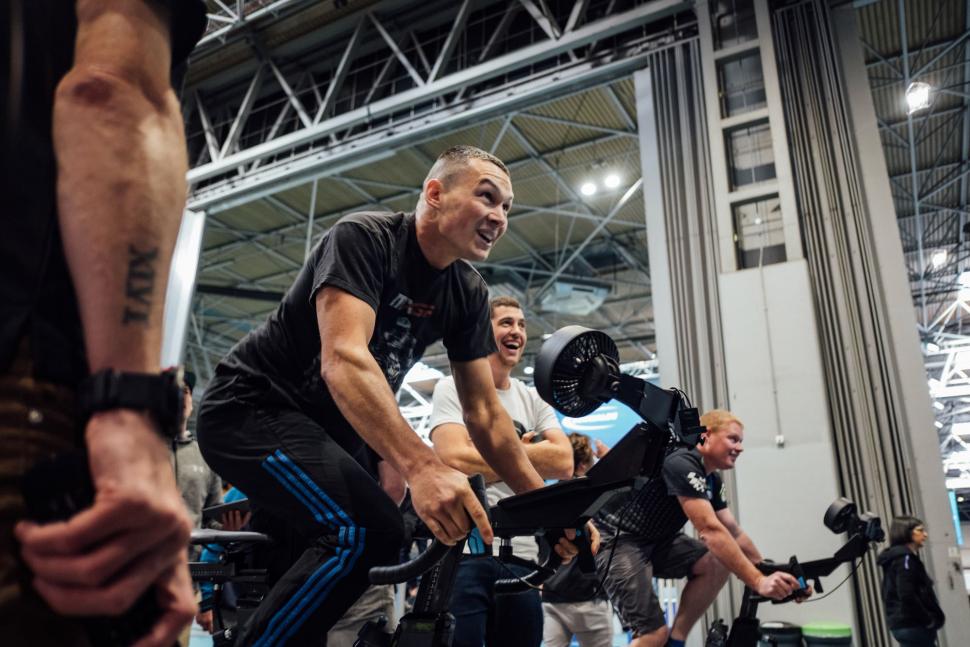 The show will celebrate some of the industry’s best bike designers and most creative minds, hosting a very special gallery of road, gravel and mountain bike builds. 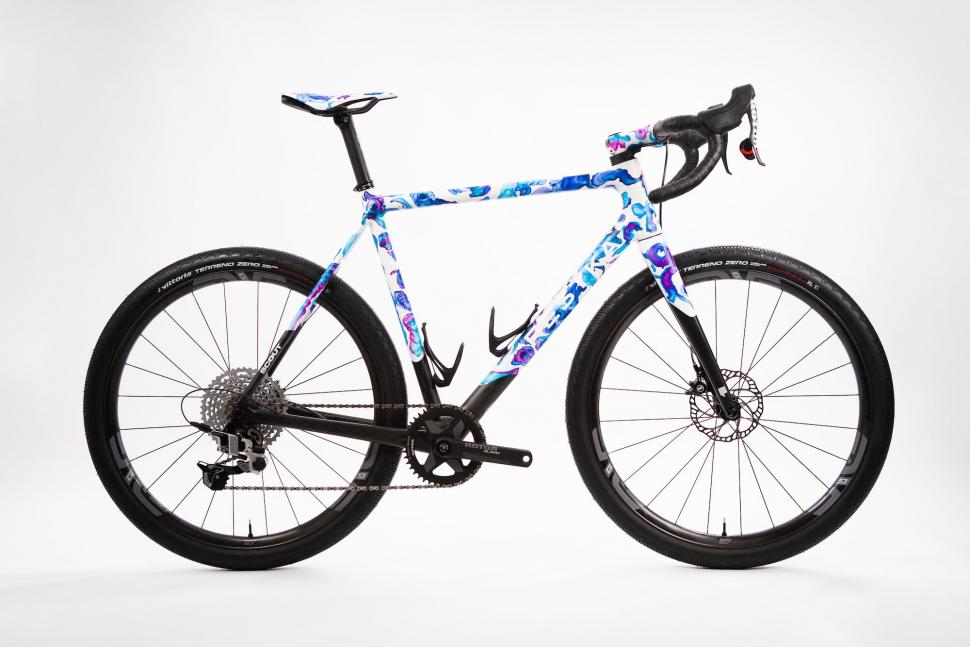 Visitors to the show will be able to vote for their favorite from an impressive range that features bikes from Ribble, Festka, Fat Creations, Cannondale, Ribble, Paradigm, Canyon, LIOS, Enigma, Spoon Customs and more.

Alongside looking at the huge range of bikes on show, you’ll also be able to test ride a large number of models too on two different outdoor test tracks at the Demo Village, making the most of the impressive Alexandra Palace grounds. 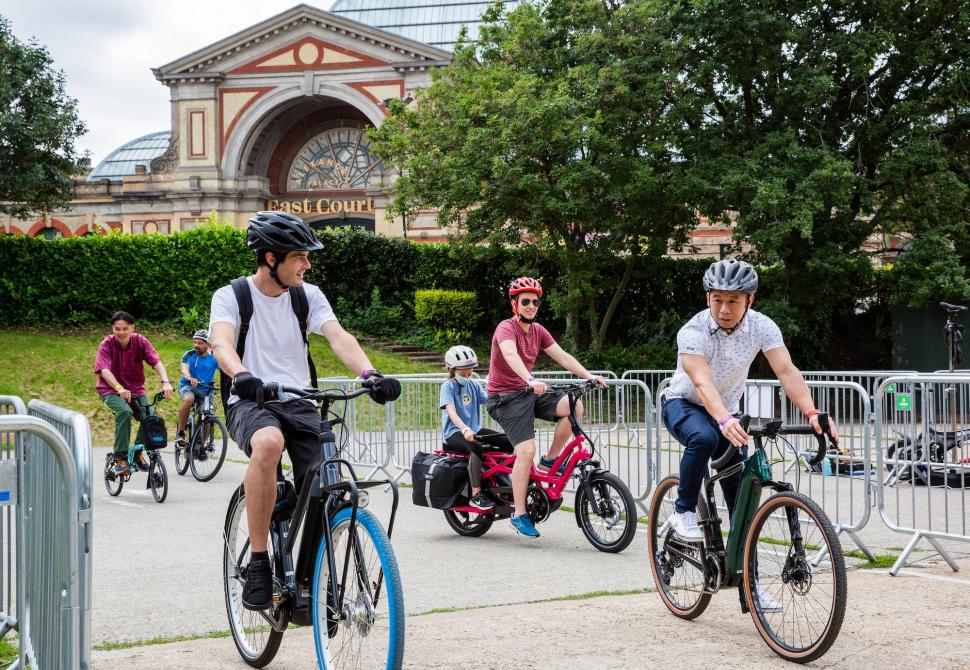 Choose from heading off-road on a two mile loop on the hills and woodland trails through Alexandra Palace parkland, or take on the City Test Track that’s perfect for roadies, commuters or those looking for a new city bike. With over 200 bikes to choose from you’ll be spoiled for choice.

The first day of the show, Friday 22nd April, will see the launch of the 2022 Tour Series featuring riders from all of the teams participating this year. Riders will take to the stage to discuss this year’s racing, the rounds and rivalries and more. This is one to watch for the fans of the British domestic race scene.

The Tour Series will once again feature a Who’s Who of the British domestic race scene with Ribble Weldtite Pro Cycling, winners of last year’s men’s series, taking on WiV SunGod, Saint Piran, and New Zealand UCI Continental outfit Global6 amongst others.

On the women’s front, 2021 series winners CAMS-Basso will also be present at the Cycle Show alongside their latest rivals.

It’s not just the adults who will be able to test ride bikes at the show – there’s a dedicated Kids’ Test Track too, as well as a pump track and regular trials skills sessions with multiple British champion Scott Wilson.

Tickets are still available: £ 16 for an adult ticket, £ 14 for seniors and students, £ 7 for children, and kids under 5 go free. Entry covers both the Cycle Show and the London eBike Festival.

For more information on the Cycle Show and to get your tickets visit www.cycleshow.co.uk.