A weekend bushwalk has ended in tragedy after a woman was killed by a fallen tree branch.

Emergency crews were called to the Bangalow campground in Watagans National Park at Cooranbong, near Lake Macquarie on the NSW Central Coast on Sunday night following reports a woman was hit by a fallen branch.

The woman, believed to be aged in her 30s, was unable to be revived and died at the scene, despite desperate efforts by family members and paramedics.

Weather conditions were poor at the time after the region copped a 44mm drenching on Sunday.

Police, paramedics and NSW Fire and Rescue crews all attended the scene.

Heavy rain continues to batter much of NSW after Sunday’s statewide soaking.

A report on the woman’s death will be prepared for the Coroner.

The tragedy occurred a day after police rescued two boys from a flooded river in the state’s central west.

Emergency services were called to the Lachlan River in Condobolin on Saturday after two 11-year-old boys jumped in before the police officer swam out to them with a flotation device.

They were swept 60 meters away by the fast-moving current, made worse by the flood level, which the BOM warns will worsen by next weekend.

There are warnings of more to come from the severe storms that have hit parts of northern NSW, delivering damaging winds and more heavy rain to saturated catchments. 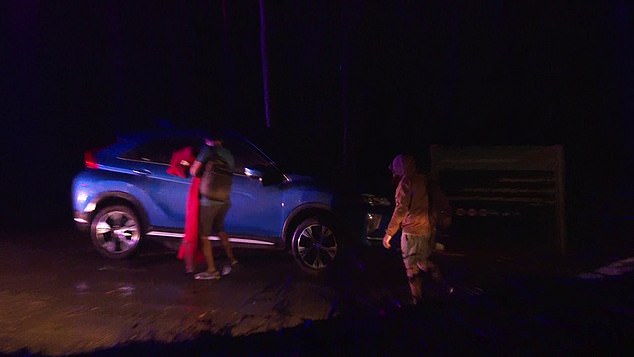 Heavy rainfall warnings remain in place for the Central West Slopes and Plains, northern parts of the Hunter region and on the mid-north coast.

Minor to moderate flooding is predicted on the Belubula and Bell rivers at Orange and Molong, while minor flooding is also set to impact parts of the Upper Macintyre, Gwydir, Peel, Castlereagh and Macquarie rivers.

Residents in Forbes in the state’s central west were evacuated over the weekend with farmers in the surrounding areas counting the cost of lost crops.

On Sunday night, the SES issued a partial all-clear for some Forbes residents to return home as major flooding eased on the Lachlan River but moderate flooding continues in low-lying areas.

The SES advised residents and businesses to keep preparations in place however as more rain is forecast that may contribute to increased flooding and river rises over the coming week. 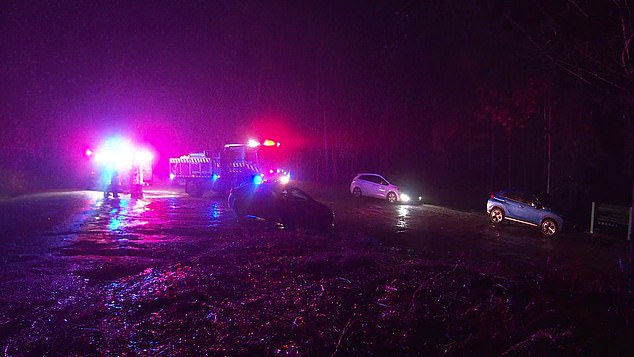 ‘We are currently working closely with the Bureau of Meteorology to see where the next lot of rain is going to fall,’ NSW SES Assistant Commissioner Nicole Hogan told the Today show on Monday.

‘We are expecting some significant widespread rain across NSW later this week.

The Bureau of Meteorology has issued a moderate flood warning issued for Scone in the upper Hunter region.

‘Minor flooding is occurring and moderate flooding is possible. A rare event not seeing in 20 years, the bureau tweeted. 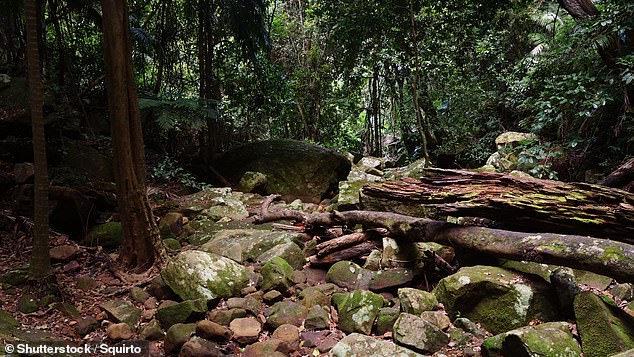