Danielle DonehewFor the first time this year, the NCAA Division I Women’s Basketball tournament officially used the term March Madness. That seems absurd – people have been saying March Madness since the NCAA women’s tournament debuted in 1982 – but official use of the expression was previously confined to the men’s game.

Unleashing the official use of March Madness is one of the accommodations the NCAA brought to women’s basketball following the debacle at last year’s tournament, when a TikTok video went viral exposing the inequities between men’s and women’s weight rooms and perks. The video showed the women’s weight room consisted of a single rack of free weights and some yoga mats. Other significant differences between the men’s and women’s teams, such as in their food and swag bags, were also brought to light. What followed was an external gender equity review of the NCAA by law firm Kaplan Hecker & Fink LLP.

In the report, authors noted that while the NCAA had engaged in “salutary efforts to address inequities in women’s college basketball (and college athletics generally),” including a White Paper in 2013, “all too often, the proposed reforms that came out of these efforts ended up doing no more than sitting on a shelf. ”

“From my vantage point, I was very encouraged with the improvements that I saw,” says Danielle M. Donehew, executive director of the Women’s Basketball Coaches Association (WBCA). “Those include the enhanced branding, the enhanced effort by ESPN to cover and promote the games, the ability for 68 teams to be in our tournament and the use of March Madness.”

This year’s tournament included the expansion of the field from 64 to 68 teams. One of the teams in that preliminary round was Howard University, which won its first tournament game in program history and advanced to the round of 64. Other changes included more equitable swag bags, better catering, and more commodious lounges at the Final Four.

Ty Grace, head coach of the Howard Bison, says the mood was great for the inaugural games. There was a sense of appreciation, especially among the players, about the use of March Madness and the logo was everywhere. She says she sensed the NCAA was trying to make up for last year.

“To be able to win a game in the tournament was obviously a big deal,” Grace says. “We had fans from all over the country. The Howard community was so proud. My team was elated to be there. ”

Lisa Fortier, head women’s basketball coach at Gonzaga University, has been to the Big Dance seven times as a head coach and several times as an assistant coach. She says, in general, this year’s tournament was better than in years past in terms of some elements.

“Certainly, the marketing, the signage in the locker rooms and at the hotels seemed significantly improved,” Fortier says. “Obviously, the use of the March Madness is something that there’s a lot of pomp and circumstance about, but it really did make a difference to our players.”

Fortier notes an improvement in viewing the games on television. Rather than whip-around coverage, those wanting to watch all of it could do so. She says she wasn’t particularly impressed with the food, although it was plentiful, and there did seem to be an effort toward greater gender equity.

The state of Title IX

Title IX, enacted 50 years ago this June, is a federal civil rights law stating that any education program receiving federal financial assistance cannot discriminate in the allocation of those funds based on gender. The NCAA website notes: “Title IX requires equal treatment of female and male student-athletes.”

Despite Title IX being law for half a century, many colleges and universities are not in compliance, and a close examination of the numbers shows even institutions with vibrant women’s athletic programs have considerable discrepancies. Champion Women, a nonprofit organization that provides legal advocacy for girls and women in sports, has developed the Title IX 50 by 50 project (titlenineschools.com), which lays out the numbers and gender disparities school by school. 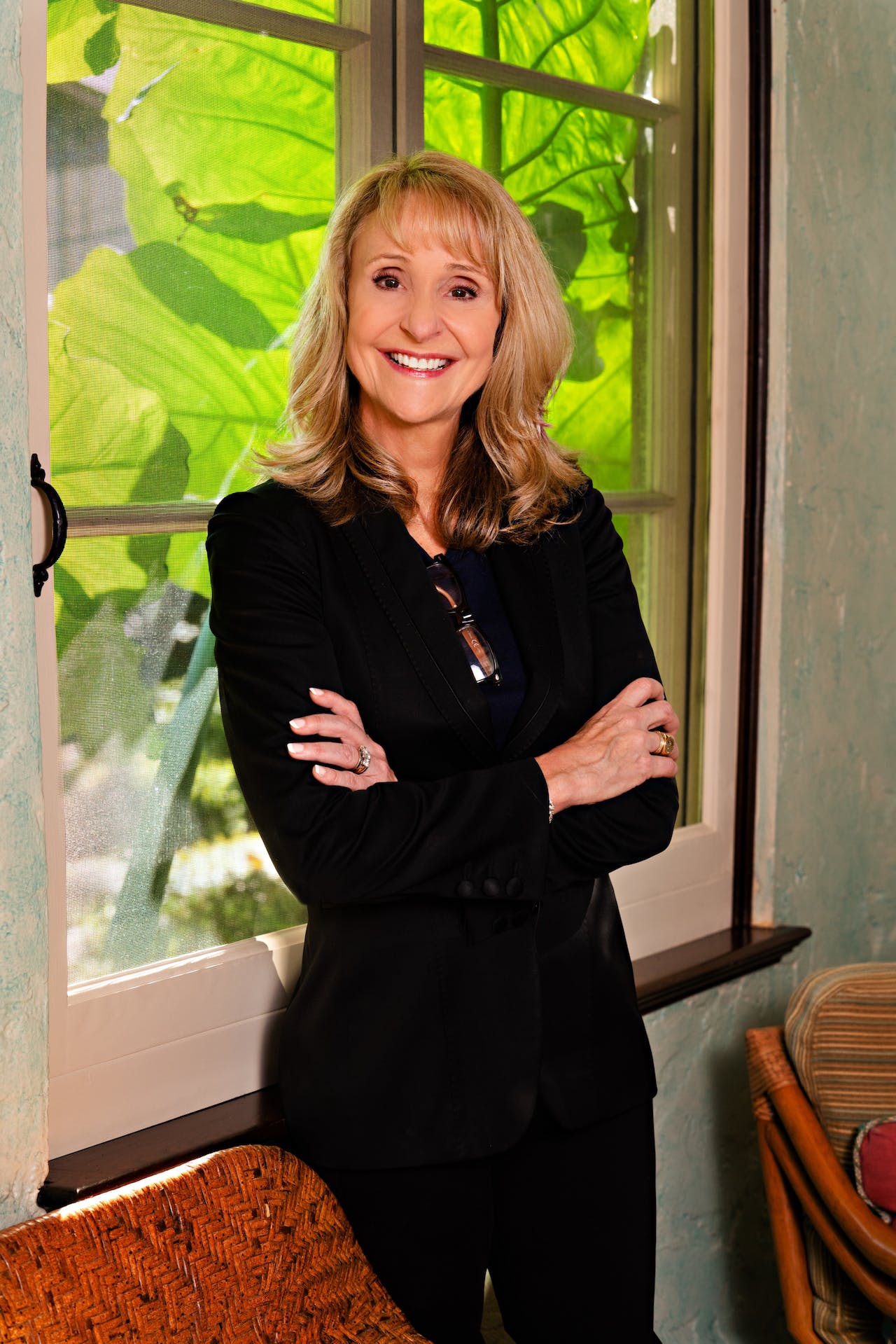 Lois Elfman“I don’t think there’s a single woman who is in NCAA sports in America who wasn’t keenly aware of all the problems,” says attorney Nancy Hogshead-Makar, founder of Champion Women and Olympic gold medalist in swimming. “Over the last 17 years the gap between men’s and women’s sports has grown by 27%. The passage of time will not solve sex discrimination in intercollegiate sport. ”

One glaring example is the NCAA Division I Men’s Basketball Tournament media contract, which exists independently while the women’s tournament contract is bundled with other men’s and women’s championships. The distribution to the member institutions of the revenue received for the Division I men’s tournament is based on each school’s win-loss record.

Since the media rights for the women’s tournament are bundled with other events, the NCAA does not distribute the money received for the media rights based on the basketball record at the individual institutions. This means, says Hogshead-Makar, “Women can’t say, ‘We earned this for our school,’ the way that men can and do.”

“Representation matters,” says Grace, who was one of 12 Black female head coaches in the women’s tournament. The percentage of Black athletes definitely outweighs the number of Black coaches. look up to… and I hope to see more. ”

Fortier, who was interviewed for the Kaplan Hecker & Fink report, is active within the WBCA. Over the past year, she has spent much time on calls and in meetings discussing what should be done.

“There was a discussion about the difference between equal and equitable, and what that should look like,” says Fortier. “How do we help our student-athletes advocate for themselves and us advocate for them and for our game to make things fairer?

“We still have work to do,” she continues. “Not as much as we had before, but still plenty.”

The Knight Commission on Intercollegiate Athletics, an independent thought leadership group, is pushing for what CEO Amy Perko calls a “much more principled concept.”

“The NCAA revenue distribution should be value-based distribution based on its fundamental principles,” says Perko. “There are components of the NCAA’s distribution that are values-based. Our organization promoted for a long time that academic incentives should be in the formula, and the NCAA adopted that in 2016.

“In terms of the performance-based components of the distribution… the NCAA’s formula only rewards for success in the men’s basketball tournament,” she continues. “Our proposed changes basically say that gender equity is a principle of the NCAA, so that principle should apply to revenue distribution as well. If there’s going to be an athletics performance-based component, that component needs to provide equal rewards for men’s and women’s teams. ”

Hogshead-Makar says the NCAA could have a television contract specific to the Division I Women’s Basketball Tournament and allocate the revenue from that contract in the same manner in which the men’s revenue is allocated. Metrics such as graduation rate and Title IX compliance could also figure in.

“Every spending decision is a gender equity decision because you have sex segregation in sports,” says Hogshead-Makar. “Equal means equal. … The Power Five schools have no economic justification for not giving women equality. ”

Donehew also cites the negotiation of the broadcast agreement. The current term ends in August 2024. It is crucial that the women’s tournament be appraised at market value. That would also be the time, she says, to introduce the second piece, which is the unit distribution for basketball performance.

“In terms of our expectations, we don’t believe that the unit distribution has to be equal to our male counterparts, but it needs to be meaningful,” Donehew says. “That distribution is a signal of the importance of men’s basketball success and it will be a signal of the importance of women’s basketball success to our conferences and to our campuses.”

Perko says it remains imperative for the NCAA to address gender inequities. While changes related to the conditions surrounding the women’s basketball tournament were made, the income distribution inequity must be addressed with a greater sense of urgency than it is currently.

“If college sports are to remain tethered to its educational purpose, then it has to include and operate all aspects in accordance with gender equity,” says Perko.

This article originally appeared in the April 28, 2022 edition of miscellaneous.