Warner Bros. Discovery has revealed its broadcast plans for the Giro d’Italia.

Every minute of coverage produced from all 21 stages available to stream live and uninterrupted on discovery + and GCN +, with 110 live broadcast hours from every race shown through linear channel Eurosport in 50 markets. This will get underway with the opening stage in Hungary on 6 May.

There will be additional content for certain markets, including in the UK and Ireland (The Breakaway); Spain (La Montonera); France (The Kings of the Pedal); Denmark (Radio Tour) and Germany (Velo Club), plus the Netherlands with an on-site post-race show (Kop Over Kop).

Free content will be provided by new episodes of The Bradley Wiggins Show by Eurosport podcast, GCN’s Racing News Show YouTube show and additional localized news, views and storytelling around the riders on Eurosport.com.

GCN + subscribers will also have the World of Cycling show and exclusive documentaries such as the Legend series – which charts the careers of the sport’s greatest riders. There is also Fully Charged: The rise of the e-bike; The Art of the Breakaway; Mountains (The Greatest) and Race Across Italy.

Scott Young, SVP content and production at Warner Bros. Discovery, said: “We have already been serving viewers with the best live racing alongside real life entertainment on discovery + this year as well as bringing the widest range of cycling content to superfans via Eurosport and GCN +, so naturally we’re excited to celebrate the start of the Grand Tours across our channels and platforms. 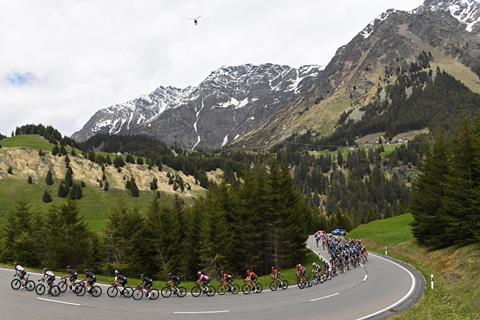 “We will be harnessing the full scale and reach of our network by bringing the live action to more than 200 markets globally with localized content and expertise including some of the biggest names in the sport underpinning our coverage. We have a proven track record of engaging the widest audience by taking this approach and looking forward to telling the stories from the Giro to millions of viewers globally this year. ”

Contador added: “It’s a pleasure to be with Eurosport for another year because it allows me to continue enjoying this sport as I like it best and seeing Eurosport’s commitment to cycling makes me even more excited.

“This year’s Giro is very demanding from day one – it’s a very interesting route this year. I think that due to the difficulty of this year’s race, we are going to see one of the best editions in recent years. The riders will have to give their best and push their limits to be able to keep up with the pace of this race, I can’t wait for it to start. ”