GREAT BARRINGTON – Inspiring adventure in others ranks high on C. Jane Taylor’s to-do list. Not unlike her own learning to ride a motorcycle at age 50 and publishing a memoir eight years later, pursuing this avenue was not necessarily planned – as is often the case with life’s most exhilarating rides. “Adventure is different for every person,” she told The Edge, whether learning how to bake a baguette or endeavoring to skydive. In Taylor’s case, it was letting go of that which was out of her control (her son’s graduation from college and, by extension, flight from the nest) and harnessing power over what she could control (sliding into the saddle of her dual-sport BMW and spending 10,000 miles on the open road). The result? “Spirit Traffic,” from which the author will read at Bard College at Simon’s Rock, her alma mater, on Friday, May 13 at 7 p.m.

“Women over 50 are coming into their power,” Taylor said, citing “this age as a great advantage right now.” Which, while a nice place to land, required some leaning into on the author’s part. “Spirit Traffic” recounts how – in addition to learning to ride a motorcycle – Taylor overcame not only the terror of navigating her steep dirt driveway in Vermont but also the mixed feelings of witnessing her son, Emmett, become a man. In fact, three days after his college graduation, Taylor set off with him and her yoga-teacher husband (his stepdad) on a 10,000-mile, two-wheeled adventure that took them into uncharted territory, both as novice riders and as a family. .

“[The trip] was a big deal for us as a family… and for me, as a mom, ”Taylor said of the changes on the horizon at that time, chiefly the redirecting of her nurturing, maternal instincts. “I’m thinking about the parts that you move beyond, and I’m having a hard time moving beyond any of it,” she said, pointing to the lingering urge to make her son breakfast and plan his day despite the fact that he’s 29 years old and Visit Sitelives in Montana. For someone who was unsure if she would become a mom, this part has been unexpected for Taylor. “And I don’t think I’ll grow out of it,” she said. 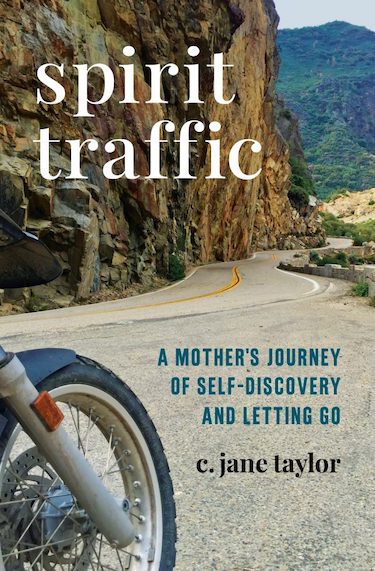 Taylor herself flew the nest prematurely when she enrolled at Simon’s Rock in the early 1980s. It was there, in the very early days of the writing workshop (which has since evolved into The Writing and Thinking Workshop), that she began to learn to write. “It really helped me find my voice, to speak with confidence, and write with confidence,” Taylor said.

She remembers that, in the class one day, Professor John Paskus put a can of Ajax cleaning powder on the classroom’s conference table. His only direction was, “Okay, write.” Taylor not only wrote something, but wrote something she actually liked, and thought, “Maybe I can be a writer?” Three decades later, while penning her memoir, two key strategies allowed it to come to fruition: she dedicated the first two hours of each weekday to honing her craft and, by extension, her book; and she worked with a writing coach who kept her feet to the proverbial fire. Clearly, the approach worked.

Taylor is revved up about returning to the Berkshires to speak at Simon’s Rock. Her invitation came via adjunct faculty member Monk Schane-Lydon, who advises the Rocker Motorcycle Club (which, for the lover of double entendres, borrows a vintage British term for a motorcycle rider). The club rebuilds old bikes, from hand grips to paint and everything in between. While there was no motorcycle club on campus when she was a student, Taylor did run into bikers on her last ride through town.

“I was on my way to a women’s motorcycle rally called Babes Ride Out (BRO, for short)… the first time I’d been on a [motorcycle] trip completely by myself, ”she said. To shorten the long haul between her home in Vermont and the event in New York, she spent the night in Great Barrington with a friend. The next day, with rain falling and her anxiety rising, Taylor stopped at a gas station. While fueling up, under cover, two female bikers pulled in – also on their way to Babes Ride Out. “It was a wonderful entry into the world of biker chicks, if you will,” she said. “There are a lot of women out there who are riding, and riding in women’s motorcycle groups, and it’s a pretty great experience of women lifting one another up.”

Taylor will soon hit the road once again. Her North American book tour will twist and turn its way from Shelburne, Vermont, to Saint Hyacinthe, Quebec, with myriad stops in between. Grab a copy of “Spirit Traffic” at your local bookstore or on Taylor’s website and get ready to be inspired. And, while it might not equate to riding a motorcycle or writing a memoir, Taylor reminds readers of all ages, “to do something [you] might otherwise be afraid to do – just face the fear and do it anyway. ”

The reading and book signing will be followed by a discussion and Moth-style storytelling event with audience members sharing their own adventures. Registration to attend the event must be made here. Social distancing and masking are required. The event will also be livestreamed via Zoom.