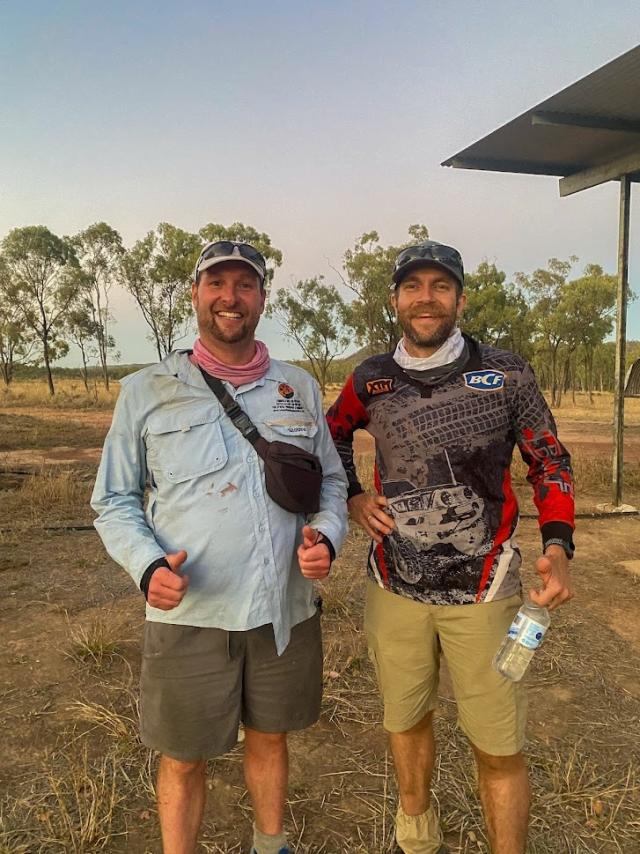 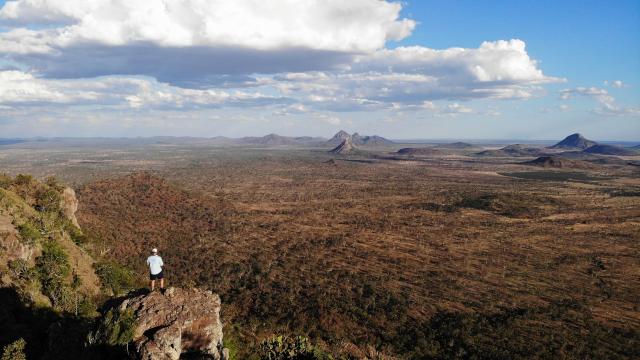 Clermont hiking legends, Michael Pugh and Wes Graffin, are in their final days of preparation ahead of their 90-100km, 2-day hike to raise funds and awareness for cancer research.

The men plan to hike across the grueling Peak Range in Central Queensland on Sunday May 29 for the second year in a row as part of the ‘Do It for Cancer’ fundraiser.

From the impressive Gemini Peaks and Wolfang Peak in the north, to the breathtaking Lords Table Mountain in the central section of the range, to the monstrous Scotts and Ropers Peaks in the South, the pair will hike past almost every named and unnamed peak in the range, finishing near the Mount Macarthur peak.

Michael said having been raised in the Central West region, he has been a keen hiker for many years, so much so that he established a walking group in Townsville (Townsville Hike and Explore) for all ages and fitness levels.

“The group was so popular I saw an opportunity to share my love of bushwalking with others while raising funds and awareness of important organizations such as the Cancer Council,” Michael said.

“It can be challenging at times, but it’s great to see others develop a love of the outdoors.

“People are amazed at how quickly their fitness levels improve after only a short period of time.

“There is nothing quite like walking and exploring new areas to improve your health.”

Last year, the Michael and Wes dedicated their hike to the challenging times their community was going through, particularly after the passing of their beloved Councilor Lyn Jones.

They hiked 71.2km across the Drummond Range and raised an incredible $8266.40 for Cancer Council Queensland, this year they plan to raise the bar.

The men have set themselves an even bigger challenge of hiking the entire 90-100km remote Peak Range, completely cross country, and off trail.

Their hike will again honor the late Cr Jones, and to their friends, families and loved ones who have been affected by cancer.

Michael said he was thrilled with the support they received for their walk last year.

“We had massive support last year and this year is just as impressive,” he said.

“Anything we can do to support the Cancer Council is worth the effort.

“Barring injury or other unforeseen circumstances, our goal is to hike 90-100km. The terrain will be challenging and everything you’d expect from an off trail 90-100km bush bash with an elevation change of roughly 1000m along the trail I have designed using satellite imagery and other software.

“This hike is entirely on private property and has required permission and support from 12 different landowners, which we are extremely grateful for.”

At the end of their hike, Michael and Wes will host a dinner on Sunday May 29 at the Commercial Hotel in Clermont to thank donors, sponsors and supporters and join them for a meal.

For donations or support go online to: www.doitforcancer.com.au/fundraisers/michaelpugh/central-queensland-90-100km-hike-in-support-of-cancer-council-queensland