Neil Parker was a seasoned bushwalker and an active member of the Brisbane Bushwalkers club. But even the most experienced individuals can slip up. In 2019, Parker had to find a way to survive after snapping his leg in a fall.

In mid-September 2019, the 54-year-old Parker decided to spend his weekend hiking in Mount Nebo, in Australia’s South East Queensland. He was very familiar with hiking the area and packed all the necessary gear: medication, high-energy snacks, thermal clothes, a first-aid pack, and his cell phone. He trekked with his hiking poles through the bush and it seemed like everything was going according to plan. Yet a couple of little mistakes almost cost him his life.

Parker in the hospital with casts on his wrist and leg. Photo: 7News

Forty minutes in, Parker was climbing up a waterfall with which he was familiar. In a flash, he lost his footing on the normally stable rocks and fell six meters. He recounted his traumatic experience as having “bounced”, “cartwheeled”, and “slammed” off the rocks before he landed in a one-metre-deep creek. Remarkably, he did not sustain any head injuries.

However, Parker had broken his wrist and his left leg had “cleanly snapped in half”. His cell phone fell into the creek, so calling for help was out of the question. In excruciating pain, he had a choice to make: He could either wait or move.

Parker chose to move, believing that his chances of rescue were better if he reached a clearing some three kilometers away. Using his hiking poles to splint his leg, he swallowed some pain medication and started to crawl. 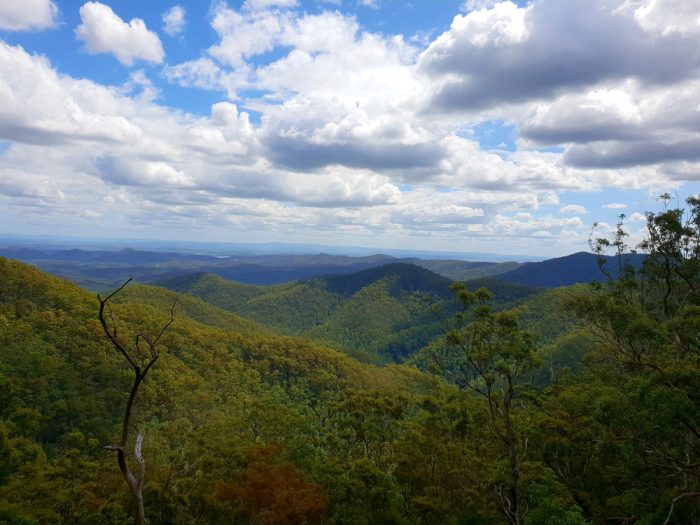 He made an arduous two-day journey, dragging his limp leg. Every few meters, he had to stop to take a breather. He survived on snacks, including an energy bar and a pack of nuts. The temperatures reached 31°C during the day but he managed to find shade. To cope with colder temperatures at night, he had his thermal gear on hand.

After two days, a helicopter from Queensland Government Air (QGA) found him and airlifted him to safety. Doctors at the nearest hospital estimated that he would take two months to recover, but they found his resilience and survival skills impressive.

Parker admitted that he should have taken more precautions. He only let one person know where he was going and had that person not been vigilant, the authorities would not have known where to look. His family situation was complicated and it was only by chance that the alarm was raised when Parker did not report to his job on Monday morning. Additionally, he did not have a backup device to contact emergency services.

Nevertheless, his mental strength and problem-solving skills are a testament to years of bushwalking. He credited his desire to see his children as his driving force to survive.

He stated that he wouldn’t let this deter him from continuing his much-loved hobby, albeit with a few adjustments to his preparations.