It is the sport that is increasingly the choice of footballing royalty and, if you live in the UK, will soon enough be coming to a town near you.

Britain is only in the nascent stages of its boom in Padel, the hybrid of tennis and squash which had found widespread endorsement among the biggest names in the world’s most popular game.

Jurgen Klopp, for example, is so enamored that he has entered into a partnership with Wilson to promote a Padel racket bearing his signature, and has had a court installed at Liverpool’s training ground.

David Beckham, Cristiano Ronaldo and Lionel Messi are among a list of football names pursuing a pastime that has spread from South America to southern Europe, and which is rapidly growing northwards.

British Padel passed a significant staging post at the weekend when Derby hosted the qualifying event for this year’s team World Championships. The hosts’ men’s squad progressed through to the main event in Dubai, although the women narrowly missed out.

GB will go to Dubai to mix it at the elite end of the sport, which is currently experiencing some growing pains.

With faint echoes of the LIV situation that has convulsed the world of professional golf, two rival tours – both with plenty of financial heft behind them – are involved in a complex legal battle about where the best players can ply their trade. 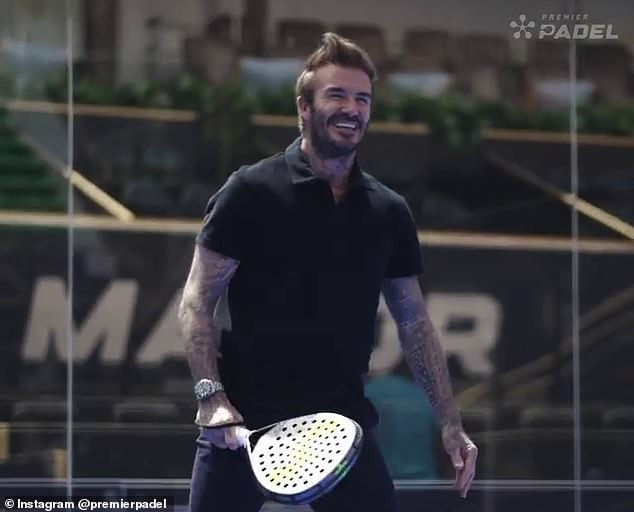 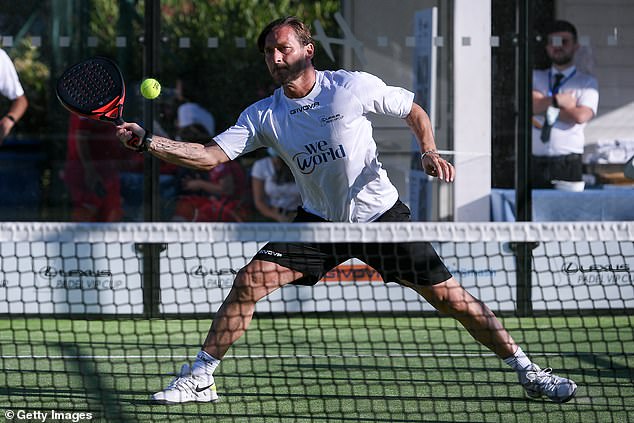 Derby at the weekend felt far removed from what is largely a Spain-based dispute, as national teams played each other at the We Are Padel club, housed across the road from the Pride Park football ground.

The origins of this eleven-court Center tell you something about the rising status of the sport. In a move that reverses the norm, it was formerly a venue for five-a-side soccer before outside investors came in and turned it over to Padel.

When lots of private money is going into an athletic pursuit, often from venture capital businesses, you know that something is properly growing. 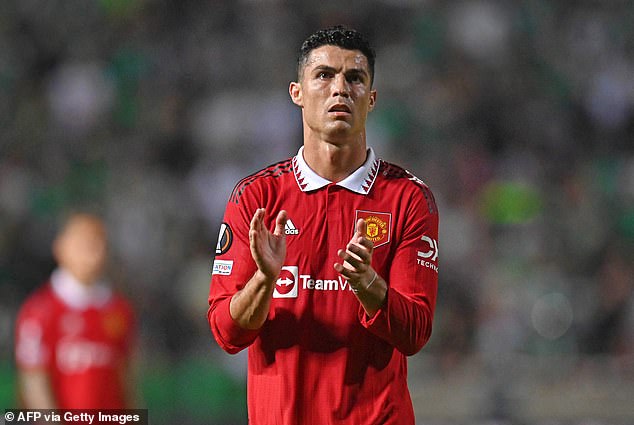 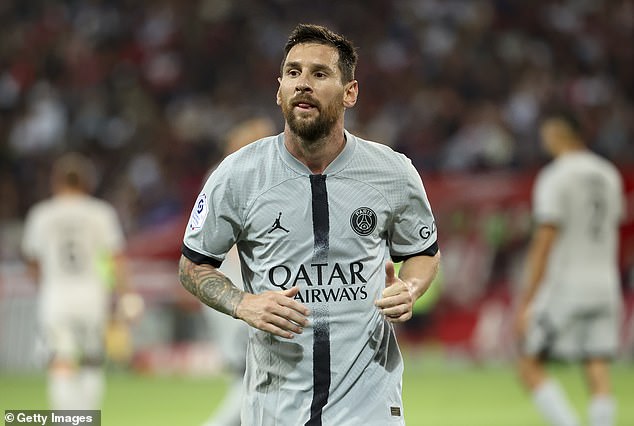 PSG forward Lionel Messi is also a fan of Padel, which is a hybrid of tennis and squash

Another indication was the presence there of former Swedish tennis star Jonas Bjorkman, the three-time Wimbledon doubles champion and one-time singles world number four, who went on to coach Andy Murray.

In a career move which is likely to be replicated in the future, Bjorkman combines overseeing tennis player Mirjam Bjorklund with coaching the Swedish national men’s Padel team.

He is also an investor in Padel facilities, which have seen staggering growth in his native country. According to Bjorkman, the number of courts in Sweden has shot up from around 600 to nearly 4,000 in less than three years.

‘In Europe we have seen the biggest growth in Sweden and Italy, but it is most established in Spain, where it is huge,’ he told Sportsmail. 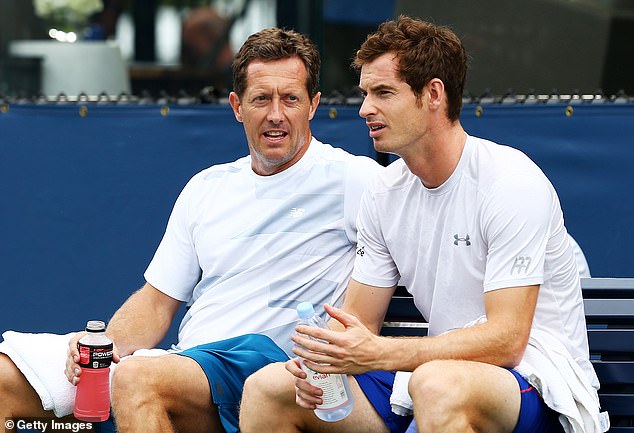 ‘Padel has advantages in that it is easier to learn and improve at than other sports, plus it’s healthy and has a sociable culture. Tennis players probably adapt the quickest because they are used to volleying and taking the ball out of the air, but squash players are helped by being comfortable playing the ball off the walls (the sport has glass walls at the back of courts, which are smaller than tennis).’

The feel of the Derby event was similar to that which you might find at an indoor Challenger-level event in tennis. There was barely a crowd and Bjorkman acknowledged that it still has a long way to go to catch up with the premier racket sport, even in countries where it is most developed.

“The organization of tennis is still very far ahead,” he said. ‘Padel is a very young sport with a lot of things to work out. Ninety percent of the best players are Spanish or Argentinian and a lot don’t speak English for example.

‘They need to sort the politics out, there are egos coming up against each other from different organizations and that is holding things back.’

The legal battle, currently in the European courts, is between the longer established World Padel Tour and its swiftly growing counterpart run by the governing body, FIP.

The former is backed by Spanish beer Estrella Damm, while the newer circuit is supported by the deep-pocketed Qatar Sports Investments. Nasser Al Khelaifi, Chairman of Paris St. Germain and QSI, and once a professional tennis player, is a keen supporter. 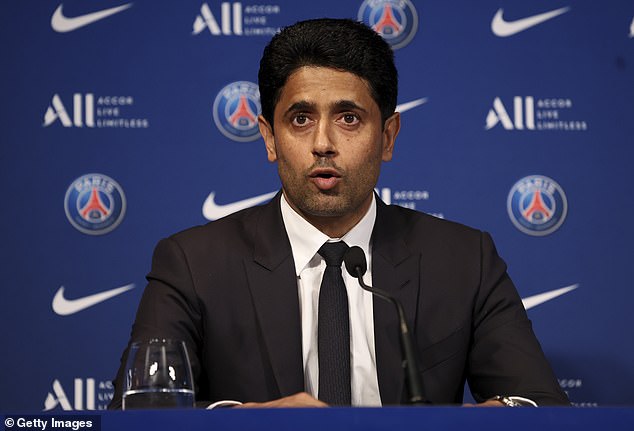 The two tours are competing entities, but players want the right to play both and are attracted by the sharply increasing sums being offered by the Qatar-backed version.

That is seeing an expanded circuit, Premier Padel, which this summer saw events hosted at tennis cathedrals such as Roland Garros in Paris, and saw 25,000 fans turn up.

Further complicating the picture of Padel’s global development is that some, but not all, of its national bodies have attached themselves to their country’s tennis federations.

With little infrastructure around the sport, and ambitions to gain a place in the Olympics, some see that as the best route towards gaining acceptance and building the necessary architecture.

One long-time observer of the emerging Padel scene (not Bjorkman) described it as being ‘a bit like the Wild West at the moment’.

Britain’s Lawn Tennis Association have taken the view that they should welcome the sport and are among those who have taken it under their wing. The risk is that Padel is undoubtedly already taking some players from tennis (as it will in time from other sports) there is also the view that it can bring new members into existing clubs and reinvigorate them.

At present there are around 250 courts in the UK but that number is expected to reach 400 by the end of next year and will continue to expand. 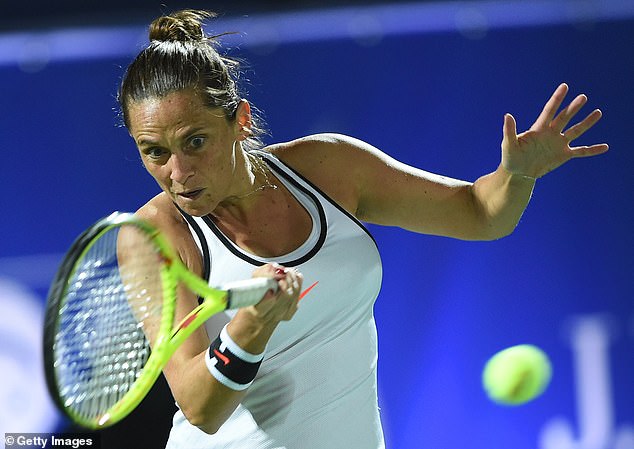 For now it is still very much at an early stage, and representatives of the GB teams can go about their business largely anonymously.

If you were searching for familiar names in the weekend squads you might have spotted Abigail Tordoff, who once played at Wimbledon, and Chris Salisbury, brother of tennis doubles ace Joe.

The most widely-known ‘switcher’ to date is Italy’s Padel world number 67 Roberta Vinci, who famously beat Serena Williams to make the 2015 US Open final.

Britain’s best two Padel players, Christian Medina Murphy and Tia Norton, are outside the world’s top 100 but on course to hit that mark.

With the fashionable seal of approval of stars who use it to relax away from football, and its increasing accessibility, there is likely to come a day when they enjoy greater notoriety.