A GRIP ON SPORTS • A historic Saturday? In some ways, yes. Thanks M’s. In other ways, no. Thanks Pac-12.

• I admit it. You didn’t think it would happen, did you? After the usually reliable Paul Sewald’s awful performance in the fifth inning, you were mentally ready to turn the page to Sunday, weren’t you? And were trying to figure out how to watch the M’s and the Seahawks at the same time?

No need. You can enjoy the NFL game today unencumbered.

Mainly because while most watching may have thought it was over, the M’s were more like John Belushi in the living room of Delta Tau Chi. Instead of citing the Germans and Pearl Harbor, the Mariners’ Animal House squad made a not-so-futile gesture in the top of the sixth. And got right back in the game.

And just kept coming. Twenty-seven years after “The Double,” this Mariner team wrote its history with the greatest road comeback in postseason history. Greater than anything the blue-blooded Yankees or Cardinals ever did. Move over Mule Haas, the Big Dumper has ascended the cool-postseason-hero-nickname stairs.

• Two other thoughts about the Mariners.

As we mentioned, 27 years after Ken Griffey Jr. raced around from first on Edgar Martinez’s double into the corner to win a playoff series, Raleigh scored from second on Adam Frazier’s double to cap a nearly impossible comeback. It seemed to our vantage point that it took Griffey less time to make his way home than it did Raleigh, but what can you expect from a guy whose nickname has to do with an overly large derriere?

The win earned the M’s a chance to play the Astros with more on the line than ever before. And by the Astros, we mean the franchise that has a worse black mark on their resume than anyone in the game’s history, including the Chicago team known as the Black Sox. At least the players who conspired to cheat a hundred years ago were punished. Maybe overly punished, but punished nonetheless. Many of the Houston players who stole a World Series title are still playing and suffered no repercussions whatsoever.

It’s time for baseball’s gods to even the score. To do everything in their power to help the Mariners win. To set up an American League championship series between Seattle and the Yankees. 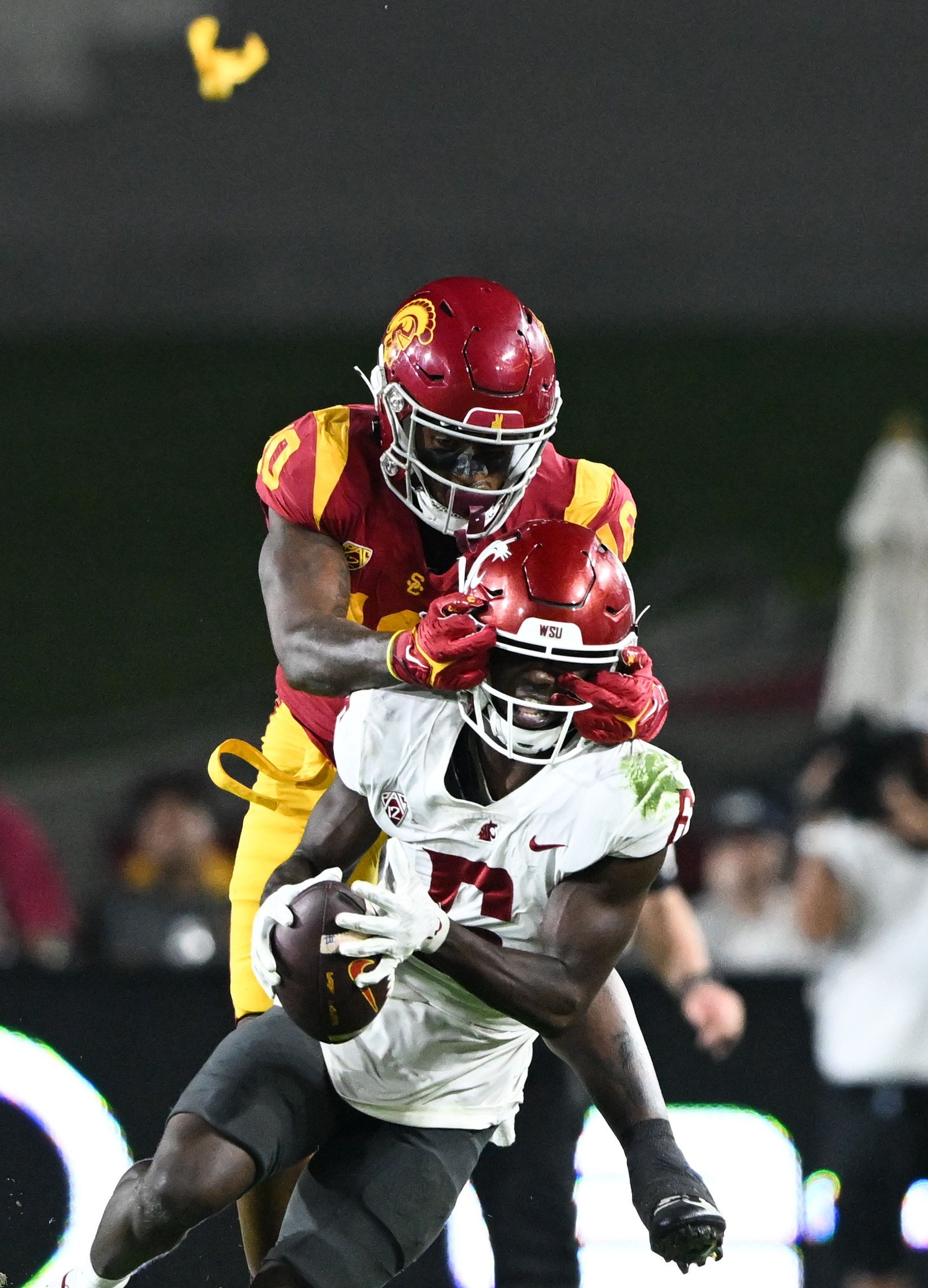 • We would usually delve deeply Sunday morning into the Cougars’ 30-14 Saturday night loss at the soon-to-be-Big-Ten-member Southern California. We’re not doing it today. Too tired.

Not too tired to write. For some reason we’re pretty perky this morning. But too tired of the way such games play out. And have been playing out for years. Remember LPs? And how, when they were scratched, the needle would stick and play the same few notes over and over again? That’s how most games against USC feel for Washington State.

We’re not going to rail against the odd officiating calls that went against the visitors, a couple of which received national social media attention for their weirdness. That’s not just a broken record when these two teams meet, it’s something if you’re smart, you just factor in during pregame. Nor are we going to shake our head about the inevitable key injuries the Cougars seem to suffer whenever they play in the Coliseum, other than to wish those players the best and a quick recovery.

It’s all of it and more. Such things make the games hard to watch. Or to write about. We had to do that last night. This morning, we’ll just move on. 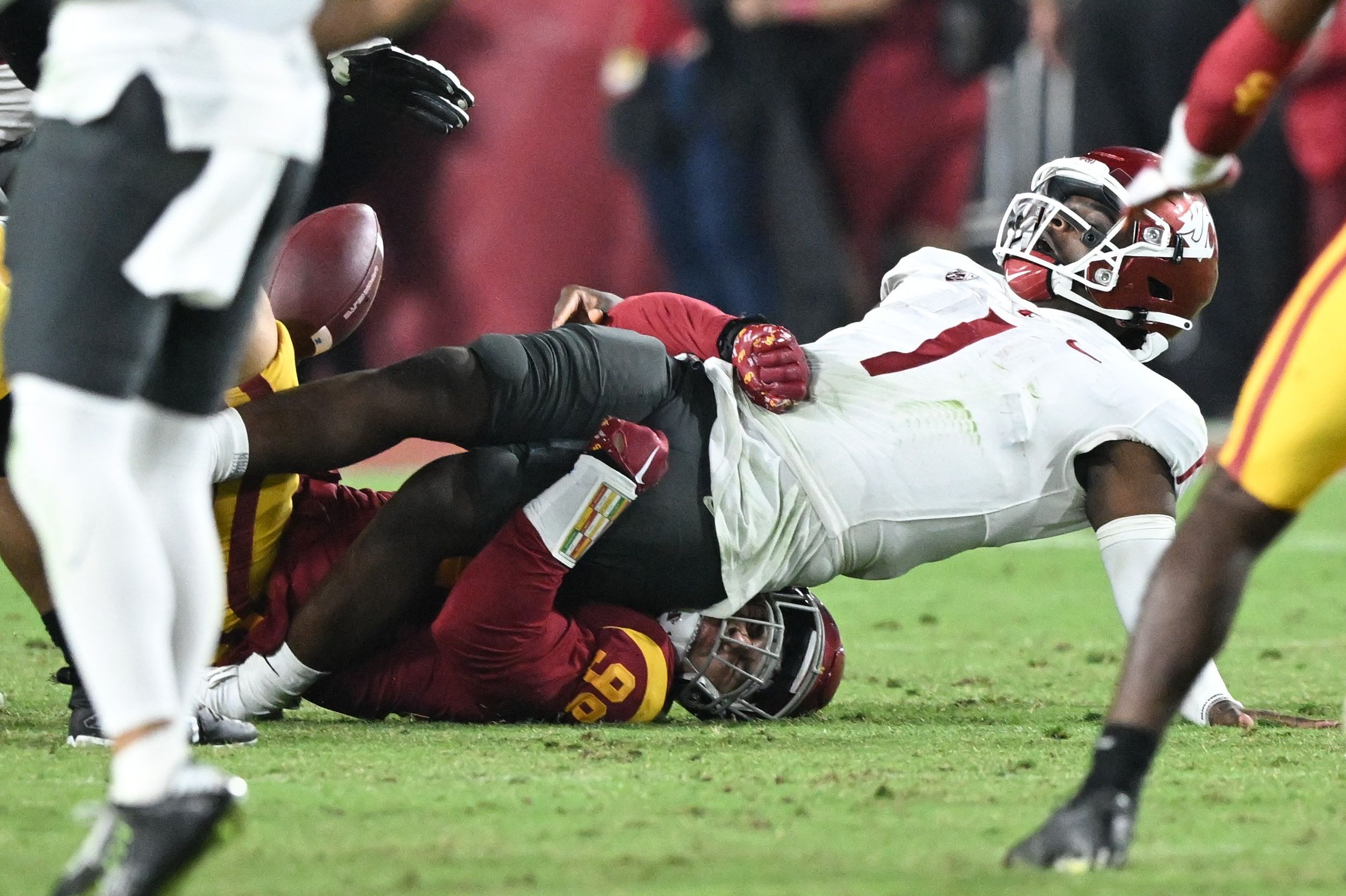 WSU: Colton Clark had this one stat in his game story. Going into the game Washington State had been flagged 23 times in five games. The Cougars were flagged 11 times in this one. Make of it what you will. … Colton also had a pregame story about how healthy WSU seemed to be and another about the two key injuries it suffered during the contest. Add in his difference makers and a story on a targeting ejection and you have the picture. … Tyler Tjomsland was in the Coliseum and has this in-depth photo report. … We had our TV Take. … The folks in the office put together a recap with highlights. … There is plenty of coverage from the Southern California newspapers, most focused on the USC defense and its second-half dominance. … Elsewhere in the Pac-12 and college football, Jon Wilner has his usual Saturday night thoughts in the Mercury News. … Washington’s road woes continued, with the Huskies falling 45-38 in Tempe against an Arizona State team that is playing the rest of the season under an (for now) interim coach. … No woes for Oregon, who scored seemingly at will against an overmatched Arizona defense and rolled in Tucson. The Ducks may be the best team in the conference despite their one loss. … Or it could be UCLA, which not only defeated Utah 42-32, but dominated the 11th-ranked Utes up front and on the scoreboard. After a bye week, the Bruins head to Eugene. … The most-improbable win? That would be Oregon State’s over host Stanford. Somehow two Cardinal defensive backs went for the ball with 13 seconds left when all they needed to do was tackle the Beaver receiver, who raced down the sideline for the game-winning touchdown. … Colorado didn’t play. The Buffs are preparing for the future. 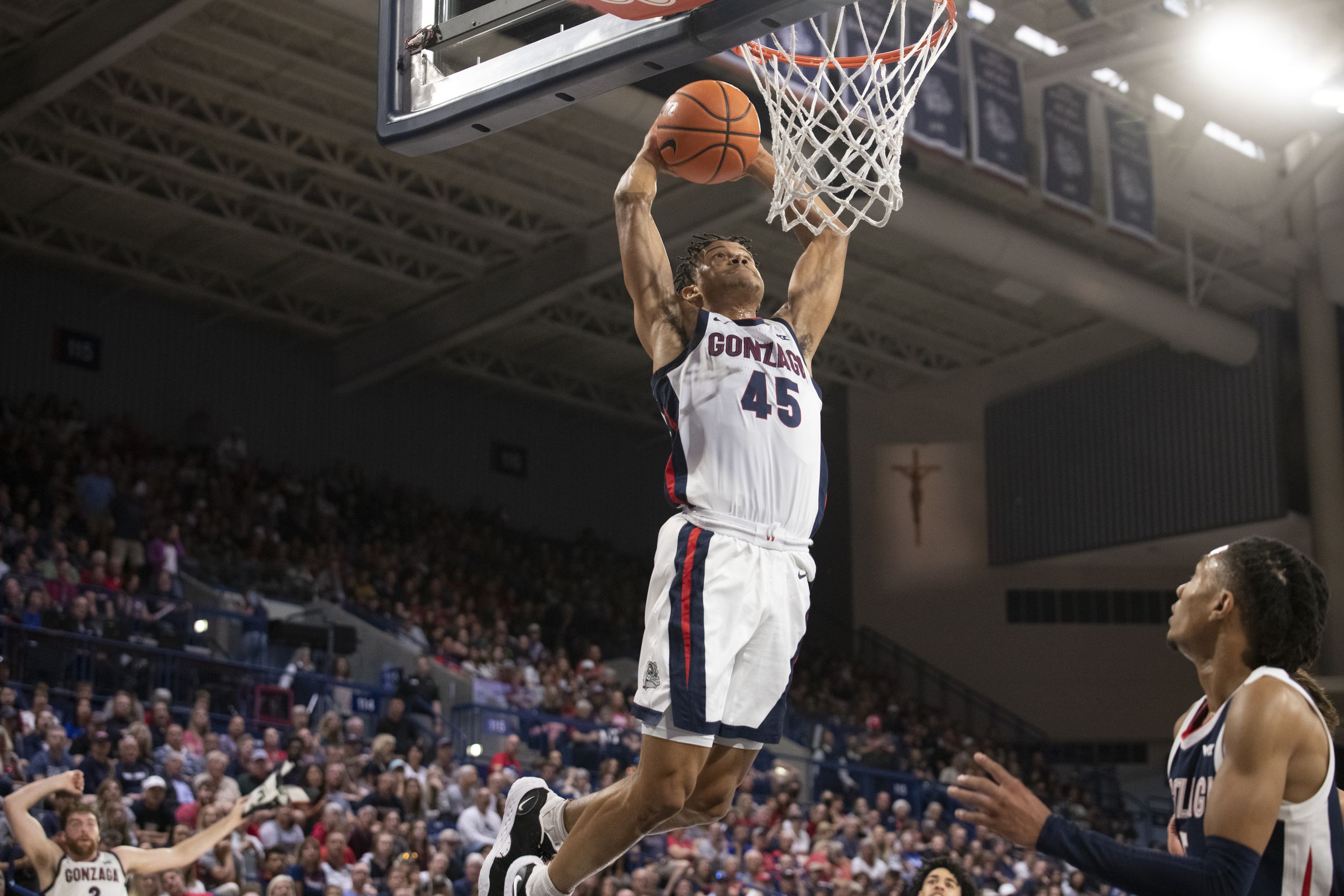 Gonzaga: The Zags held their annual Kraziness in the Kennel celebration on a football Saturday once again. No matter. McCarthey was packed and the fans were treated to a show. Theo Lawson covered the scrimmage, Jim Meehan covered the star, Drew Timme, and Jesse Tinsley covered everything in photographs. … Before the event, Jim posted this story on former GU player Jalen Suggs, who seems to have avoided another major injury. 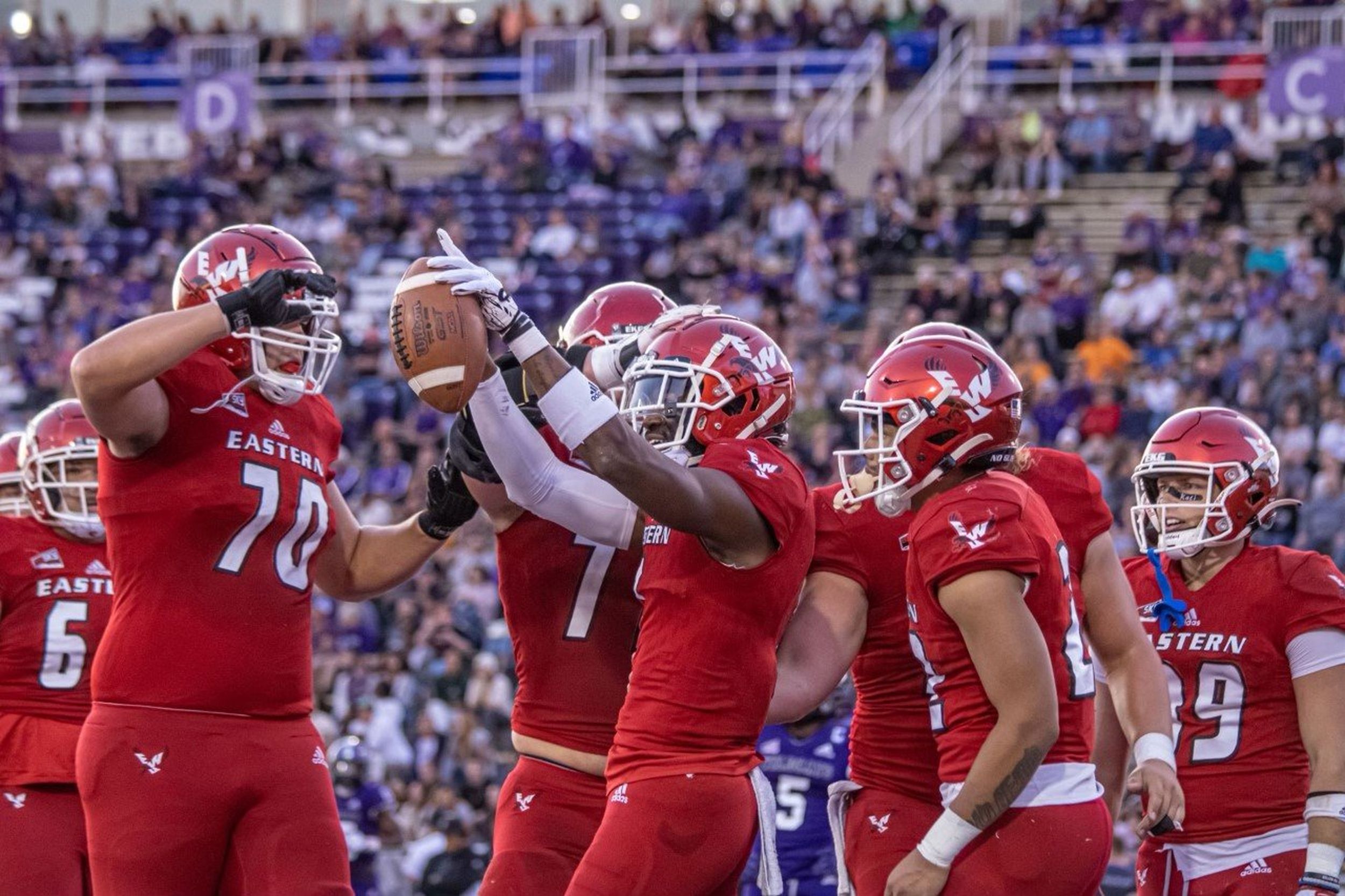 EWU: Unless something unexpected happens next week when undefeated Sacramento State comes to Cheney, the Eagles are going to be in for a tough season. Maybe they already are after Saturday’s 45-21 loss to Weber State in Ogden. Dan Thompson has the game story and a notebook. … Elsewhere in the Big Sky, as could be expected, Montana State blew out coach-less Idaho State 37-6 in Bozeman to cap homecoming festivities. … Fourth-ranked Sacramento State kept rolling by rolling over visiting Northern Colorado 55-7. … Northern Arizona picked up a much-needed 31-29 home win over Cal Poly. … Portland State went out of conference and dominated Lincoln. 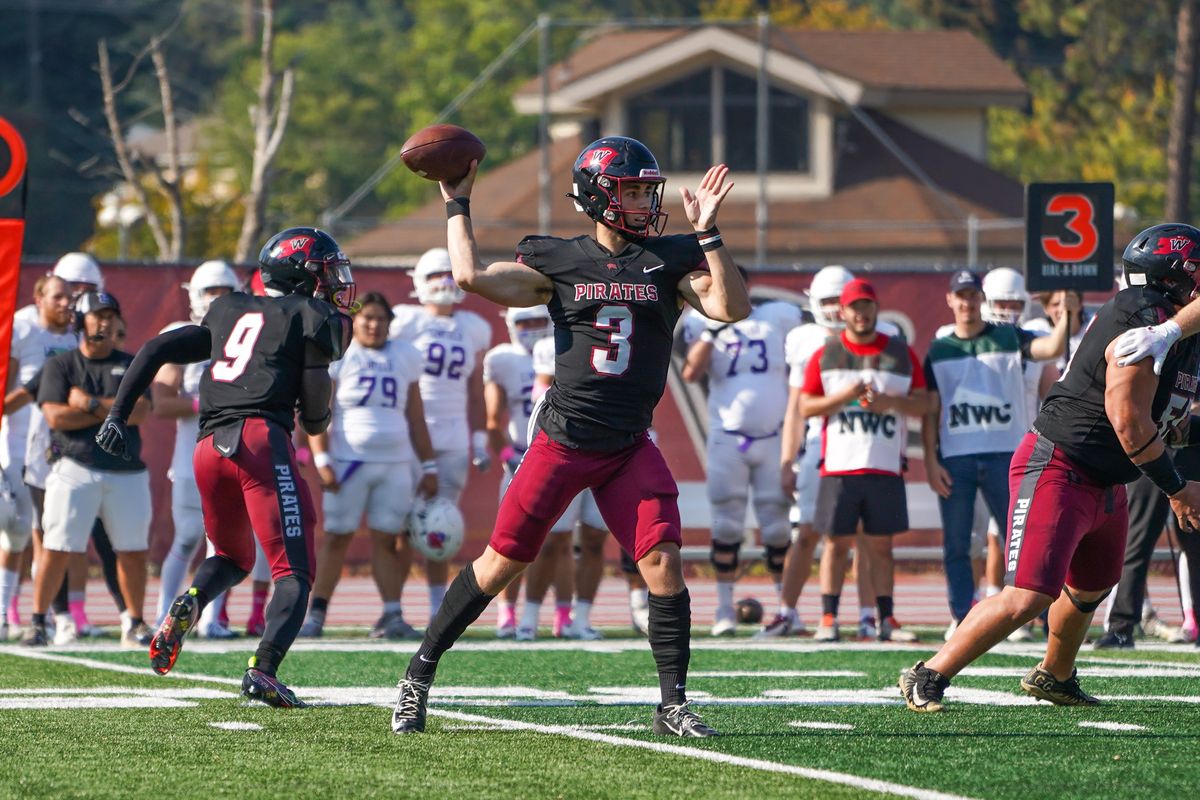 Whitworth: Linfield is the class of the Northwest League. Or should we say it is in a different class? Either way, the Wildcats showed their best Saturday as they dominated the Pirates 35-17. John Blanchette has the story from the Pine Bowl.

Preparations: There were some exciting and memorable games Friday night. Dave Nichols has his thoughts on those and others in his Friday Night (High)lights rewind. … Dave also has a roundup of the light Saturday action. 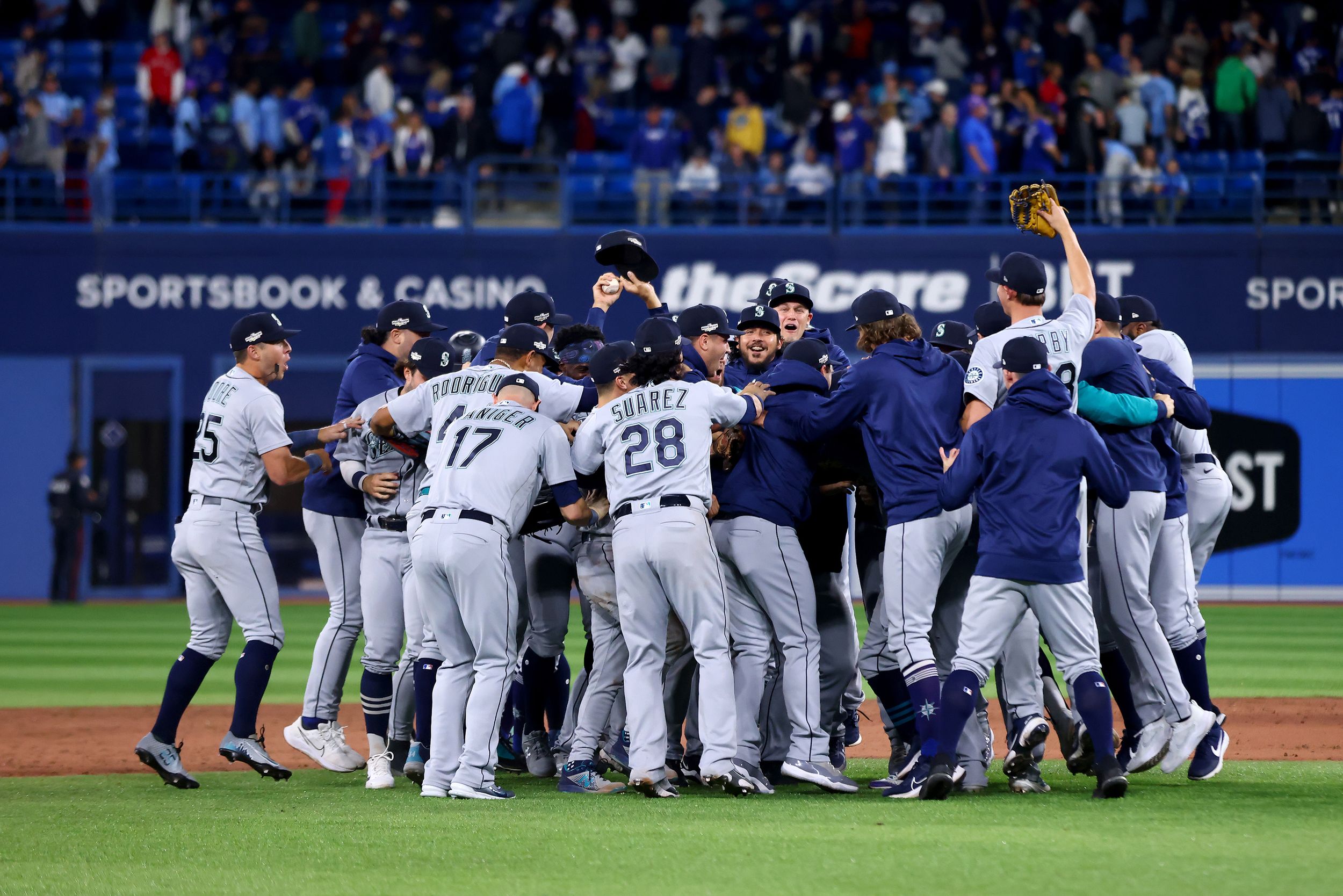 Mariners: As one might expect, there is a lot to read about the M’s amazing comeback victory. Besides the game story, we can offer Larry Stone’s historical perspective and others’ view of the same, which happens to include Saturday’s other historic game in Cleveland. In that one, two former Gonzaga pitchers contributed to the scoreless streak. And a story about shoes. … Can the M’s win any game? They think so. Now they have to prove it in Houston.

Sounders: Today’s home match with San Jose is actually meaningless. Which makes it historic as well – in a bad way.

Seahawks: The stars of the franchise down the road? It may just be a trio of rookies.

• Thanks for all the well wishes yesterday. For some reason our 66th birthday hit a bit harder than 65. And all the thoughts others shared with us made it that much better. So I did donuts, presents, brownies and ice cream. And Tylenol. Lots of Tylenol. Until later…