Race walking is believed to have originated in the Victorian era (1837-1901). It came to be known as pedestrianism and made its way to the United States in the late 19th century, where it caught on as a spectator sport, with participants walking nearly 1000km in six days inside packed indoor arenas.

The official definition of race walking is: “A progression of steps so taken that the walker makes contact with the ground, so that no visible (to the human eye) loss of contact occurs. The advancing leg must be straightened (that is, not bent at the knee) from the moment of first contact with the ground until the vertical upright position.”

Put simply, the essentials are landing with a straight leg and always keeping one foot on the ground. The aim is to travel as fast as you can while keeping a walking motion or a walking style and pushing the body to the limits of that motion, without breaking into a run. Here, double Olympian and Olympic silver medalist Tom Bosworth guides us through the finer points…

In running you have a knee drive that we don’t have in walking. Walking is about pushing off the back foot and pulling through. Some people talk about heel and toe but I talk about push and pull. When the foot lands, we pull through. If you are walking quickly down the street, you are pushing off a lot rather than using any upward motion.

In the Olympics there are men’s races over 20km and 50km, and 20km for women, but you can race any distance from one mile to 100km – or even 24 hours. Race walking can be held indoors but is mainly outdoors.

While a marathon or half-marathon running race may go from A to B, walking races tend to be done in laps of one or two kilometers. This is so that athletes can be under the watchful eye of the judges at all times.

Typically, there are six judges who are checking that athletes are walking within the rules. Any infringement of the rules – not having a straight leg or not having one foot on the ground – will result in a red card. If you get three red cards you get a time penalty and a fourth one means you are disqualified. Each judge can only give an athlete one red card, which stops any biased judging. It also means that three of the judges have to agree that an athlete’s technique is not legal and that they should be disqualified. You don’t want judges disqualifying athletes because they don’t like their technique.

If anyone were to think about breaking into a run or to cut their technique, one of the six judges watching would spot it immediately. It also enables judges to move around the course so that if you get a card from a judge in one place you never know if they have changed places. There’s a screen, usually at the start/finish line, listing athlete numbers and any red cards given.

The judges are also there to assist the walkers. If a walker is tiring, the judges may show a yellow paddle, which indicates that the athlete is close to being in breach of the rules. This is sometimes confused with a card but it’s a judge trying to help, signaling “be careful, you are in danger of breaking the rules”.

At the 2017 World Championships in one bad lap I received a series of cards and was disqualified. My head was letting nerves get the better of me so that I wasn’t concentrating on the things I would be concentrating on in any other race, which pretty much led to one bad lap. It demonstrated that the majority of the judges were in agreement and saw it which, for me, shows that the judging is consistent and to a high level. 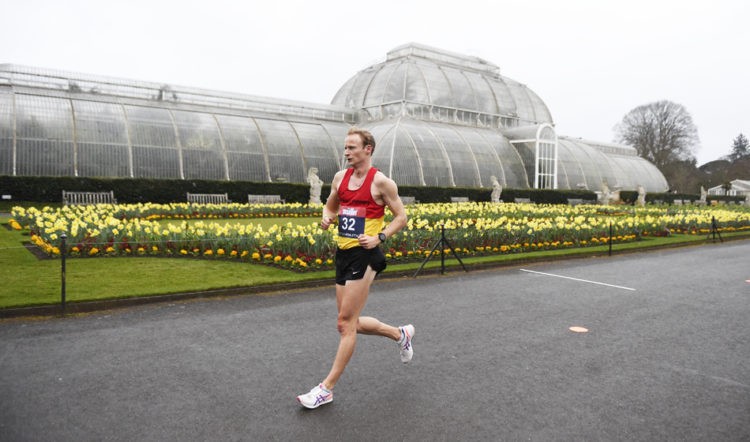 I would say that 90 percent of disqualifications are due to poor technique or because an athlete is pushing too much. Athletes may be fitter than their technique allows. I don’t think any race walker goes out to run – everyone wants to be known as a good, technical race walker as well as a fast walker.

Perhaps younger, developing athletes might feel aggrieved and not understand why they have been disqualified but the best walkers accept it, learn from it and don’t let it happen again by going back to the drawing board and looking at what they’re doing

There is gamesmanship. We have tight bends and we have big packs and I’ve definitely seen athletes take what I would call a few jog strides in the middle of a pack going round a bend.

But, if an athlete does that more than once, others are not shy in giving them a nudge in the back and saying “what are you doing?”. People will turn a blind eye to one slip-up but, if you try doing it on every single corner, other athletes will call you out very quickly.

You have to trust the judges, otherwise you will go into every race doubting it and thinking that they have something against you. Nobody likes being disqualified but you have to take it on the chin. 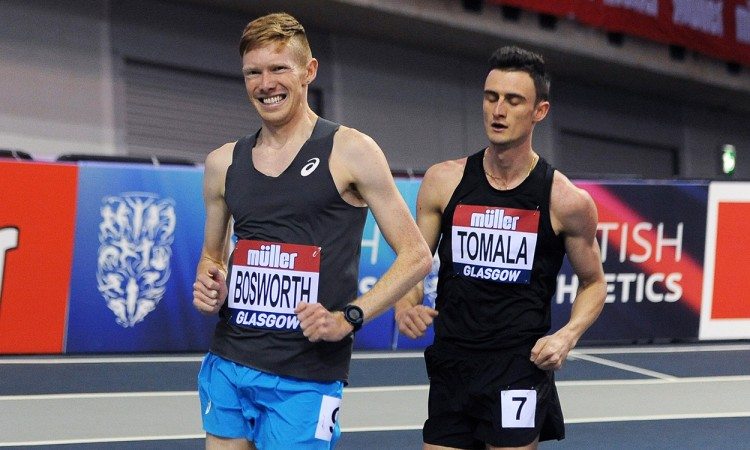 Race tactics are as important in walking as they are in running. The best walkers have the ability to change pace in the same way that Mo Farah did on the track. With walking you have to be confident in your technique that it will work, but the best know exactly where their strengths and weaknesses are. I know that if we start a race at under four minutes per kilometer, I’m not going to be there at the end or I will have slipped out of medal contention but if it’s a race which starts steady and grows, that suits me better because I know that my speed turnover is good.

» This article first appeared in the March issue of AW magazine, which you can buy here