Manchester United manager Marc Skinner has acknowledged that the UK is not immune to abuse in women’s football and vowed to help protect players in the English game.

Last week, US Soccer said it would move immediately to implement reform after an independent investigation found abuse and misconduct “had become systemic” in the National Women’s Soccer League (NWSL).

That document, commonly referred to as the Yates Report after the woman who led the inquiry – lawyer and former deputy attorney general Sally Yates – has led to a number of resignations and contract terminations in the fallout of its release.

Skinner, who managed Orlando Pride in the NWSL from 2019-2021, said: “We have to continue to change, adapt, evolve and make sure nobody goes through this.

“We cannot allow players to go through this, or any staff, anybody involved in a workplace, really.

“So for me, I think at Manchester United, what we will continue to do is make sure that we have the player at the center of what we do, and that we support them in the most appropriate manner.

“I’m lucky enough to have been a teacher and go through the strict protocols and so on in there, so do I believe this is a worldwide thing and can we all improve? Yeah, absolutely.

“We have to continue to improve but, again, I think we can only start with ourselves and my responsibility to my players, to all the players that have experienced the things that have gone on is to promise the right support, and promise we’ I’ll do our part in changing perception.

“I think it’s important that coaches and players continue to call out misbehavior and things like that. I think that’s how we can continue to evolve this conversation and not just see it as a moment in time.”

Skinner’s side host Brighton on Sunday – their first game since returning from the international break. Many of the United States players who lined up against England in last Friday’s Wembley friendly play in the NWSL and had spoken candidly about the turmoil the report had uncovered and provoked.

Players from both teams wore symbolic teal armbands and held up a sign reading ‘Protect the players’. 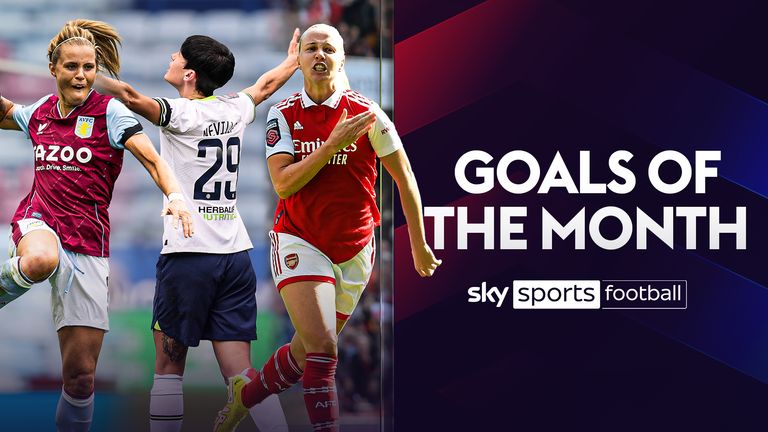 Striker Alessia Russo was not in the Lionesses line-up, forced to withdraw from Sarina Wiegman’s squad with injury before that match and Tuesday’s 0-0 draw with the Czech Republic. The 23-year-old will not be available when United welcome the Seagulls this weekend, Skinner confirmed.

But he added: “She’s progressing really, really nicely and I’ve been really impressed by her attitude to this.

“She’s grown up massively and I’m so pleased with the way she’s approached it, the way that she performs in training, so to have her back on the field (on Wednesday) morning with a smile on her face was a really nice thing .”