By Jack Bezants For Dailymail.Com

The state of New Jersey is looking to ban LIV Golf from holding events in the state – months after Donald Trump hosted the controversial Saudi-backed tour at his Bedminster resort.

The proposed legislation, which was published on September 22 but is being introduced in committee, specifically namechecks LIV in its attempt to halt any sporting event being played where an organization is bankrolled with ‘funds primarily received from sovereign wealth funds’.

LIV Golf has unconfirmed plans to host a competition in New Jersey in August 2023.

The suggested bill says: ‘A sovereign wealth fund is a state-owned investment fund comprised of money generated by the government, often derived from a country’s surplus reserves.

‘Critics have argued that the PIF is being used to fund various “sportswashing” endeavors. “Sportswashing” is the term used to describe when a government uses sports in an attempt to improve the government’s global image. 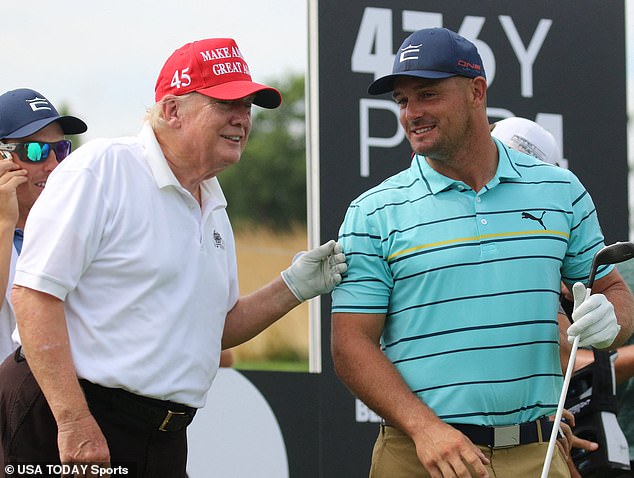 But under a potential new law, LIV will not be able to return to the state in the future

‘LIV Golf is a professional golf tour established in 2022 that is funded by the PIF and includes several former PGA Tour golf professionals. LIV Golf has hosted three events this season, including an event at Trump National Golf Club Bedminster in New Jersey.

It also says: ‘Critics of the tournament note that American intelligence officials concluded that Crown Prince Mohammed bin Salman, Saudi Arabia’s de facto leader, ordered the killing and dismemberment of the dissident and Washington Post columnist Jamal Khashoggi in 2018; that 81 men were executed in Saudi Arabia in a single day in March, calling into question the fairness of its criminal justice system; and that Saudi women did not receive permission to drive until 2018 after a longstanding ban and still must receive permission from a male relative to make many decisions in their lives.’

Former president Trump spoke glowingly of LIV’s impact on golf when he welcomed the tour to his resort in July.

‘Now they have an alternative (to the PGA Tour) and nobody would have ever known there was going to be a gold rush like this,’ Trump said when he hosted a competition at Trump National.

‘They own large percentages of many American companies. Frankly, what they are doing for golf is so great.’

But criticism was leveled at Trump and the players who defected to LIV from the PGA Tour and DP world Tour by 9/11 Families United. 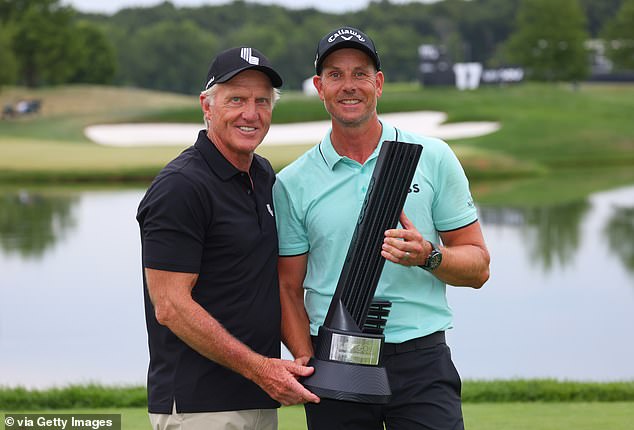 Terry Strada, national chair of the group, told Sportsmail at the time of the tournament: ‘How can I shame the shameless PGA defectors? Maybe by pointing out: when you agree to join LIV Golf, you are partaking in the (Saudi) Kingdom’s effort to cleanse their responsibility for their murder of Christine Lee Hanson, the youngest victim of September 11 who was just two years old, killed on United Flight 175 traveling to Disneyland with her parents.

‘Just 50 miles from where they will tee off on Friday is a national museum on hallowed ground, ensuring visitors from around the world never forget, and a repository safeguarding charred remains of 40 per cent of the victims, who have never been identified or returned home for a proper burial – including my husband.’

Henrik Stenson won the tournament that week in July, pocketing $4m for finishing in first place.