Those walking off a trail, swimming in a waterway or conducting research in a park could face hefty fines under the new rules.

Victorian Premier Daniel Andrews’ new rules, which have been slammed as ‘nanny state’ by the opposition, would apply to more than 50 parks across the state.

These changes are broken down in the proposed Metropolitan and Regional Parks Regulations, as many of Victoria’s regulations will expire in March of next year.

Rules in metropolitan parks were deemed ‘outdated’ and regional parks were believed to be ‘unregulated for recreational use’. 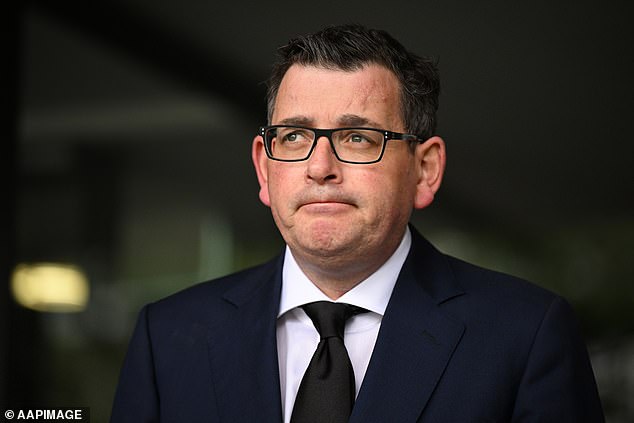 The changes are being proposed by the Victorian government and as current regulations in metropolitan parks are deemed ‘outdated’ and regional parks are ‘unregulated for recreational use’. (pictured, Victorian Premier Dan Andrews)

Changes include a fine of up to $924 for walking off a park trail, which is set out by the land manager.

Victorians conducting ‘intrusive research’ at a park such as a scientific study, could be hit with a $1,472 fine.

Intrusive research is defined in the proposals as interfering ‘with wildlife, soil, rocks, vegetation or visitors or that contravenes any regulation applying to the park’.

Those wanting to swim in a body of water at a park will require a permit unless the waterway has been clearly designated for swimming.

Rock climbers, abseilers, hanggliders and paragliders will also need to get a permit unless an area has been designated for it.

Crown land managers will determine what areas of a park are permitted for activities such as walking, swimming, or rock climbing.

Filling up a chainsaw with fuel or oil will also be a finable offense of $1,840.

Victorians must not fill up a chainsaw while collecting firewood unless the chainsaw is on an impermeable surface.

Protections have also been applied to rocks and natural features at a park, with fines issued to those who park on, remove, or deface rocks, plants, and trees. 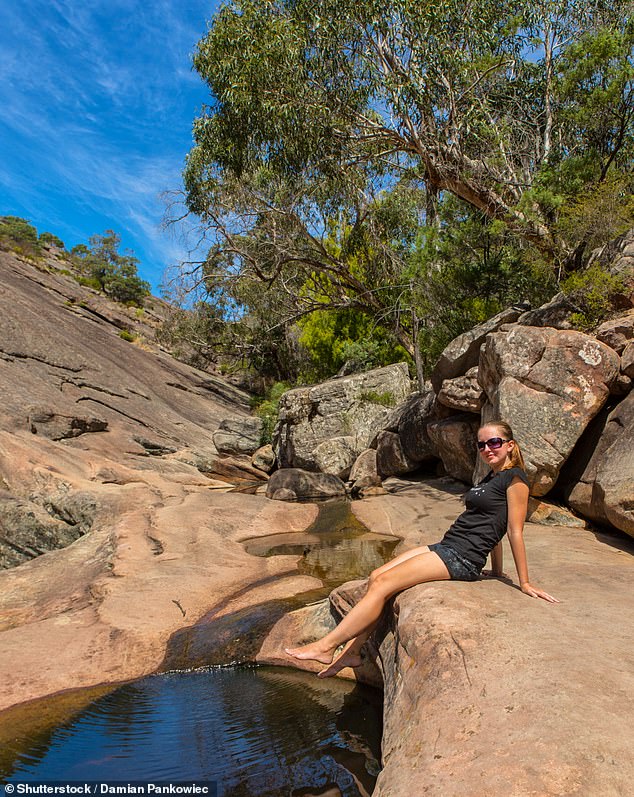 Swimmers will be banned from certain waterways and billabongs at parks unless they have a permit (pictured, woman relaxing by the water at Venus Baths Grampians National Park in Victoria) 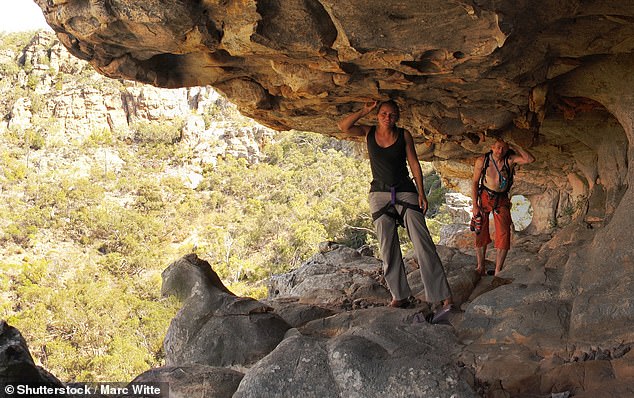 Rock climbers, abseilers and other adventure-seekers will need to get a permit unless an area or park has been designated for the activity (pictured, rock climbers at Mount Arapiles in Victoria)

A spokeswoman for Environment Minister Lily D’Ambrosio told The Australian the changes are being made to preserve the natural habitat and heritage of parks.

‘The regulations do not restrict any activities that are currently allowed and will only be used to restrict an activity if it is necessary to protect the environment, cultural heritage and safety,’ she said.

Victorian shadow minister for the environment James Newbury claimed the measures were too restrictive on those wanting to engage in an activity at a park.

“Instead, Labor takes a nanny-state approach and has repeatedly taken extreme measures which lock land away from the community,” he said.

‘Conservation relies on the community being involved and invested in the future of our unique lands.’

The government’s proposals are in the approval process and will be implemented between late September and early October.